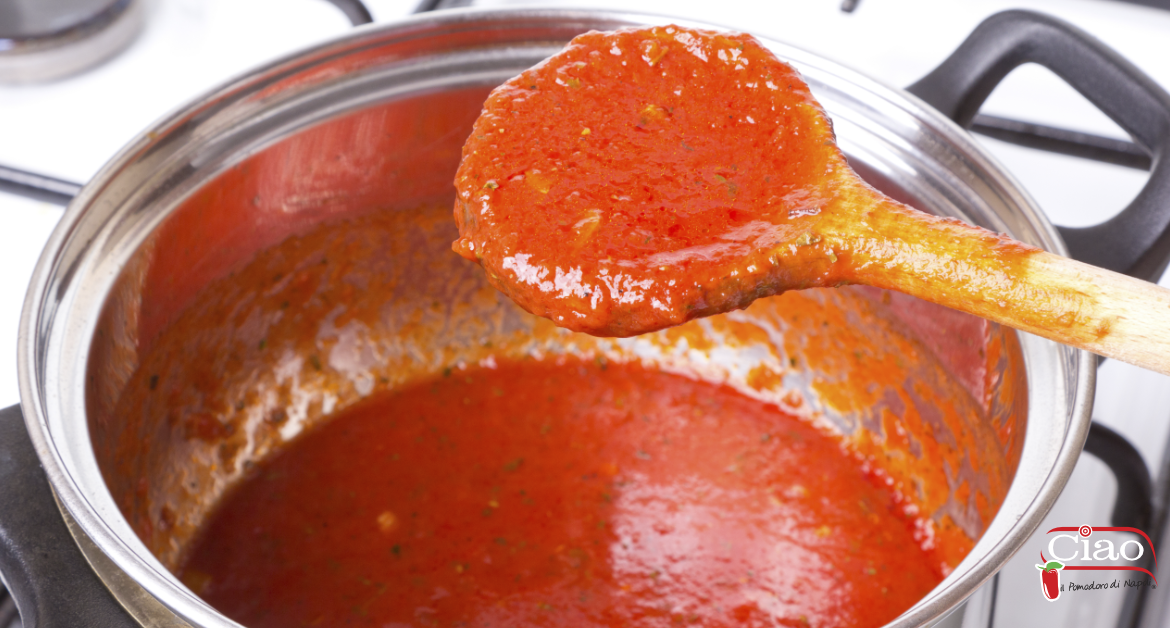 Tomato is certainly the main ingredient of Italian cuisine, but what makes it as a key symbol of the Peninsula is its marriage with PASTA. A marriage that has its roots firmly planted in the Neapolitan soil. Let’s find out why.

Thanks to its versatility, tomato can be matched with so many Italian dishes, from starters to desserts, from pizzas and focaccias to salads and appetizers.

Such an essential ingredient deserves cutting-edge preserving techniques as those of Ciao – Il Pomodoro di Napoli that allow it to come to the table as if it had just been harvested, regardless of the season.

Pasta has always been the main course that better represent the Italian passion for good cooking. And in the same way as for pizza – the other great Queen of Italian cooking – pasta too has its roots firmly planted in the history of the Parthenope’s city!

In fact, it is in Naples that the press and the draw-plate were invented, transforming the city into the pasta capital, spreading its preparation technique on an industrial level.

And Naples is also where the historic marriage between sauce and macaroni was celebrated.

Celebrating it were two key chefs of the history of Italian cuisine, both Neapolitans, and their recipe books: Vincenzo Corrado in 18th century with his Cuoco Galante (the romantic cook) cookbook and  Ippolito Cavalcanti in 19th century with his Cucina teorica pratica (theoretical-practical cuisine) book.

Even the habit of pasta al dente is believed to be of Neapolitan origins and dates back to the maccaronari, the street vendors who sold the pasta courses in the city alleys, and that to save time and sell more were used to a brief cooking time!

In short, the marriage between sauce and macaroni is of Neapolitan origin, just like the best products for your condiments, those of Ciao – Il Pomodoro di Napoli.

Better, because thanks to its processing method the tomatoes are harvested and preserved within just a few hours, keeping all the scent of the Vesuvius land.

Better, because our products undergo strict controls both before and after the packaging, to ensure the quality that our craftsmen have been accustomed to for 40 years.

In a word, Naples is passion: the innovations, the recipes, the cult pasta courses and the best products of Italian cuisine were born under the shadow of Vesuvius! 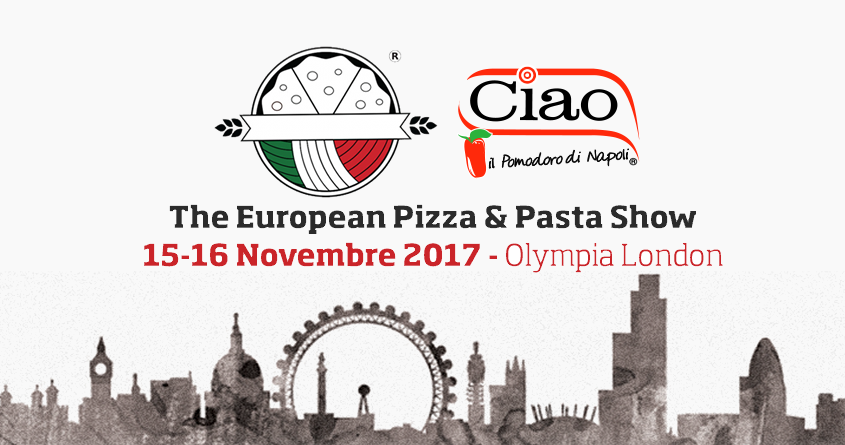 A new journey begins to bring the true tradition of the tomatoes from Campania region to the world. This time we will be in London, where on the 15th and 16th of November we will take part in the European Pizza & Pasta Show. Let’s discover together the beauty of this new appointment for the Made in Italy. To know the news of Ciao’s world, just come to visit us at Stand 56.

The Italian style is a must in London, as you can see by looking at the reviews of the Italian restaurants on Trip Advisor, the attention given by the major international brands to the small traditional Italian realities and the opening of so many pizzerias and places where to eat Italian in the capital city of the United Kingdom.

This is why it is important to emphasize that dishes of tradition such as the Neapolitan pizza can be called as such only if they conform to their territorial technical specifications, that is if they are prepared with traditional ingredients, such as the tomatoes from the Agro Nocerino Sarnese area.

So the real meaning of our trip to London is precisely to show the difference between the tomatoes from Mount Vesuvius and all the other tomatoes.

EPPS is the right place to do it.

But what is the European Pizza & Pasta Show?

The European Pizza & Pasta Show is a great event, but also the right place where to build networking relationships with all the players of the world of the Italian food par excellence: pizza and pasta.

Manufacturers and distributors, but also craftsmen, restaurateurs, and service and equipment providers. The whole world of Italian and European food service will converge for 2 days at Olympia London to share information about the key points of the Italian gastronomic style and industry news.

The event will also host the final stage of the European Pizza Championship… a contest in which that of the Neapolitan tomato par excellence is a certain presence!

And then debates and seminars dedicated to food law, the importance of the brand, licensing and franchising.

Do you want to be part of our team?

Follow us on our Facebook fan page to find out more or visit us to discover the latest news of Ciao’s world at Stand 56.